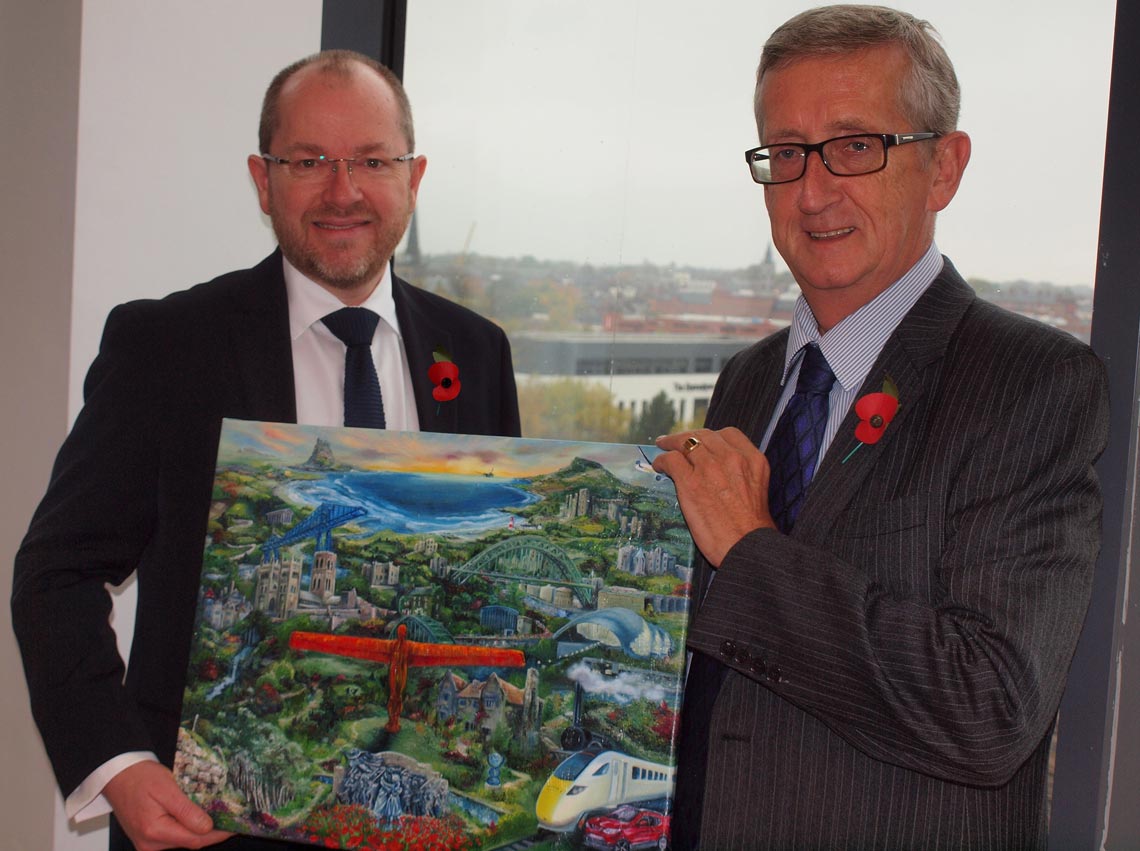 THE Darlington branch of the North East Chamber of Commerce (NECC) has a new chairman.

Patrick Masheder, managing director of Darlington-based Real Results Marketing, has taken over from businessman Denis Pinnegar, who has stepped down after 12 years.

Mr Pinnegar, who came to public prominence when he headed a consortium that saved Darlington Football Club in 2012, has enjoyed a highly successful business career spanning four decades.

Reflecting on his time as chairman, he said his greatest achievement was building stronger links with Darlington Borough Council, adding: “Now I think the local authority really listens to business in this town. We have a seat at the table in all the big decisions.”

Mr Pinegar, who provides mentoring and consultancy services to business start-ups, said he was confident his successor will continue the good work, adding: “I’ve enjoyed my time as chairman, but it feels like the right time to hand over the reins.”

Mr Masheder has been vice chairman of the Darlington branch of the NECC for the past two years.

He started Real Results Marketing, a full service marketing agency, in 2008. Since then, the company has enjoyed rapid year-on-year growth, with a burgeoning portfolio of regional and national clients.

As the new branch chairman, he hopes to promote growth and build the NECC’s membership in Darlington and neighbouring Newton Aycliffe.

Mr Masheder said: “There couldn’t be a better time to take on such a challenging role. In common with other towns, Darlington has faced challenging times since the recession began but now we are seeing the return of real business optimism.

“The £6.6m Business Central hub, located in the Central Park Enterprise Zone, is already a third full just a month after it opened, the CPI National Biologics Manufacturing Centre promises to put the town at the vanguard of global health treatments and in nearby Newton Aycliffe Hitachi’s £80m train factory is gearing up to full production.

“There is a real buzz about Darlington and Aycliffe at the moment and I’m hugely excited by the area’s potential for growth.”

To mark the transition, Mr Pinnegar was presented with a special copy of an oil painting commissioned to mark the NECC’s 200th anniversary.

The work, by local artist Jacqueline Larsen features many of the landmarks that have helped shape the region including Durham Cathedral, the Angel of the North, the Transporter bridge and the Redcar steelworks.